“ON May 30 in Cappoquin soprano Sandra Oman and mezzo Norah King sang a resounding and convincing programme of songs, accompanied by Roy Holmes…For the original programme that day not only one singer but two were indisposed, so the equally fearless mezzo Norah King stepped in...Read More » 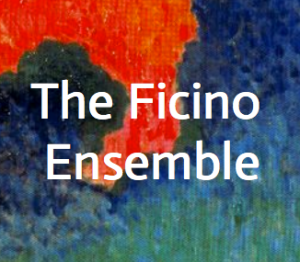 “Mezzo-soprano Norah King relays the different moods – and cultural idioms – of the eleven songs with singing of real beauty and variety of expression, and a rich depth of tone when needed.” Michael Lee (www.goldenplec.com)

The full review of Norah’s performance with the Ficino Ensemble...Read More »

Review of The Invader from opera magazine Der Neue Merker

“These wild women are the Bacchaes, a choir of 7 superb young singers, who have indeed found, under the expert direction of movement director Libby Seward, their ‘inner’ wild dancer and perform vocally and physically...Read More »

Review of The Invader By Pat O'Kelly for the Irish Independent

Review of The Invader by Michael Dervan for The Irish Times

“The most vital onstage presence is the chorus, seven voices representing the women of the city, who are taken by director Ben Barnes through any number of pseudo-erotic gyrations.” Micheal Dervan

Review of Lyric Opera's Rusalka at The Gaiety Theatre, Dublin

“particular praise going to King…towards the end of Act III…managed to glide effortlessly through the air at height, singing enchantingly and all the while make elegant balletic moves.”

You can read the full review here

Norah King as Two in ...and the Crowd (wept)

Norah King as Two in and the Crowd (wept) at Tête à Tête: The Opera Festival August 2013

“and the Crowd (wept) is a poignant farewell to a very sad, troubled life which sought happiness in a vacuum...Read More »

Norah King as Pamina in Mozart’s The Magic Flute

“Norah King displayed a well-focused, compact soprano and an ability to project the words to telling effect, as she did in “Ach, ich fülh’s.”

“Norah King presented Pamina as a memsahib in the making, who yields...Read More »